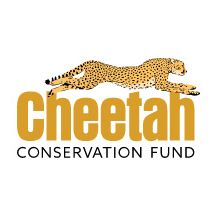 The Cheetah Conservation Fund (CCF) is an international not-for-profit organization registered in Namibia, the United States, Canada, the United Kingdom, Australia and the Italy. A new CCF foundation is being incorporated in China. In addition, CCF has Memoranda of Understanding with partner fundraising organisations in the Netherlands, France, and Germany.

To be the internationally recognised centre of excellence in the conservation of cheetahs and their ecosystems. CCF will work with all stakeholders to develop best practices in research, education, and land use to benefit all species, including people.

CCF’s International Research Conservation and Education Center. The Center is open to the public daily and offers educational activities, programmes for visiting school groups, and training for Namibian and foreign university students.

CCF’s education center and Cheetah Museum displays provide detailed information about the cheetah: its history, physiology, importance within the ecosystem, conflict with humans, and what CCF is doing to ensure the species’ survival for future generations.

Along with educational activities conducted at the Center, CCF’s Education Team presents outreach programmes at schools and community events throughout Namibia. Since 1994, over 300,000 students have participated in a CCF outreach programme.

For communal farmers with cows, sheep, and goats—many of whom are poor—the loss of even a single animal can be devastating. Cheetahs and other predators are seen, not as a valuable component of a thriving ecosystem, but as a threat to their livelihoods. During the 1980’s, livestock and game farmers halved the Namibian cheetah population, indiscriminately removing nearly 10,000 cheetahs. In 1990, in response to this, CCF developed Future Farmers of Africa, to teach about Human-Wildlife mitigation. CCF also works with farmers to investigate, develop and implement predator-friendly techniques for livestock and wildlife management techniques, which have been adopted by and increasing number of farmers and as a result fewer cheetahs are being killed.

This programme has been highly effective at reducing predation rates and thereby the incidences of reducing farmers trapping or shooting cheetahs. CCF breeds Anatolian shepherd and Kangal dogs, bred in Turkey for millennia to guard small livestock against wolves and bears. Namibian farmers now take them as puppies so that they bond with the herd and learn to use their size and loud bark to scare away potential predators. This effort has already reduced livestock loss from predators by over 80 percent.

CCF has been a participant in Namibia’s innovative Conservancy movement since its inception. CCF has been working with the local communal farmers and populations that surround the Waterberg plateau, creating a conservancy and economic development area known as the Greater Waterberg Landscape. Habitat Restoration with Bushblok In 2001, CCF, together with USAID) worked to establish a habitat improvement programme that would be ecologically and economically viable. CCF identified a business opportunity: processing encroaching bush into high-heat, low-emission, compacted logs for use as a cooking fuel or for home heating, and CCF Bush (Pty) Ltd. Was established to manufacture the Bushblok product.

CCF as a long-time proponent of encouraging environmentally sound farming practices by awarding producers who follow such practices certification as “predator-friendly” producers, who can consequently charge a premium for their products. CCF also conceptualized the notion of “Cheetah Country Beef” as a label for cattle farmers using predator-friendly farming techniques, and CCF’s Dancing Goat Creamery products, as well as Bushblok, are Certified Wildlife Friendly® by the Wildlife Friendly Enterprise Network. CCF continues to look for opportunities to promote predator-friendly farming practices through eco-labeling.

This enterprise is part CCF’s efforts to secure the livelihoods of the human communities that live alongside the cheetah,. The Dancing Goat Creamery produces and sells dairy products made from CCF’s goat milk, thereby demonstrating to small livestock farmers a viable source of supplemental income that can make their farms more prosperous. CCF is also undertaking efforts to produce honey via an apiary, and experimenting in grape growing for winemaking, as other efforts at developing supplementary income streams for communal farmers.

In some parts of the world, cheetahs are considered a prestigious possession, and can be bought through street markets and the internet. CCF estimates that only about one in six cubs removed from the wild survive such transactions, due to malnutrition or inadequate treatment. The growing popularity of cheetahs as pets has the potential to decimate wild populations that are already reduced. (CCF) has been an active participant in the fight against illegal wildlife trade since 2005 and has been working with CITES, governments and non-government Organisations to address enforcement and collaboration, procedures for the placement of confiscated cheetahs and cyber-crime.

CCF has close links with other countries where cheetah live, including Botswana, South Africa, Zimbabwe, Iran, Algeria and more recently, Angola. CCF is eager to support their conservation efforts by distributing CCF materials, lending resources and support, and providing training through Africa and the rest of the world. CCF has also been working in an advisory capacity with the Wildlife Trust of India to discuss the best strategies for re-introducing cheetahs in India. Countries in which CCF maintains ongoing collaborations: Kenya, Tanzania, Botswana, South Africa, Iran, and the Sahel area of North and West Africa,

This page uses Google Maps. The map will be loaded from Google-Server and some of your data may be used by Google. In order to see the maps, please click accept. You can also click here to see further information related to this.

In order to perform this action you have to login

Some of the listing features are available only for registered users. Please login to view all listing details!

In order to perform this action you have to login